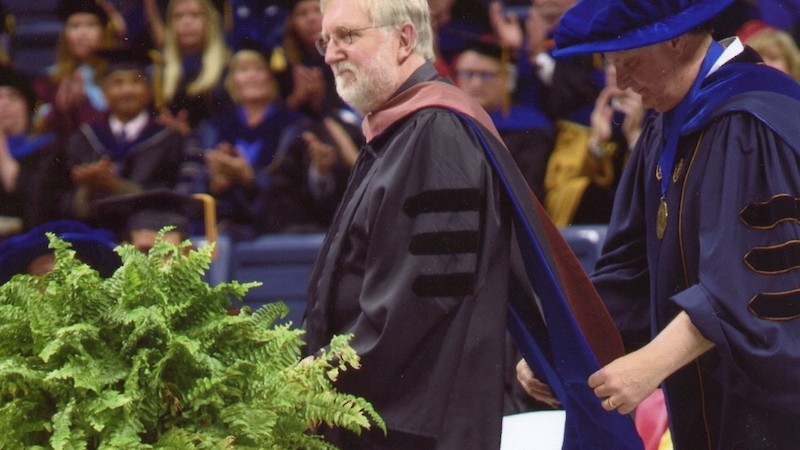 During the University of Connecticut's May 12, 2019 Graduate School Commencement Ceremony, Joseph Schwantner was awarded an Honorary Degree, Doctor of Fine Arts "honoris casusa."

As a part of the award, the University commissioned, Schwantner's friend and colleague, composer Roger Briggs to write a short work, entitled "Catenation" performed at the ceremony by the University of Connecticut Wind Ensemble under the direction of Professor Vu Nguyen. 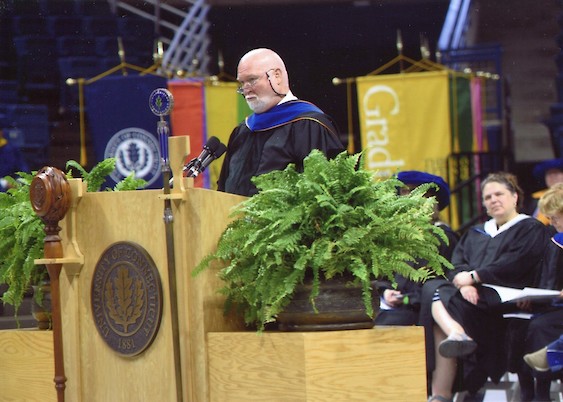 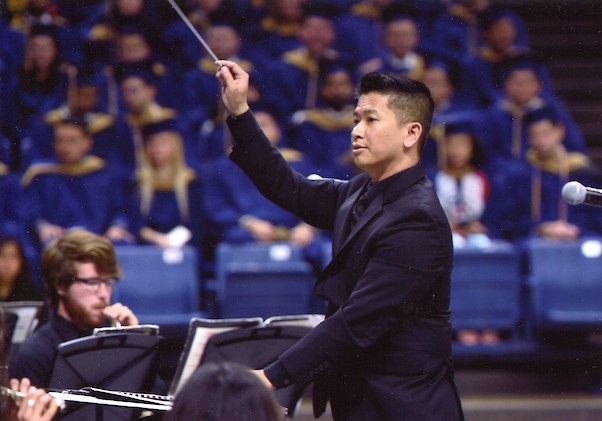 The awarding of the Honorary Degree, Doctor of Fine Arts to Joseph Schwantner. 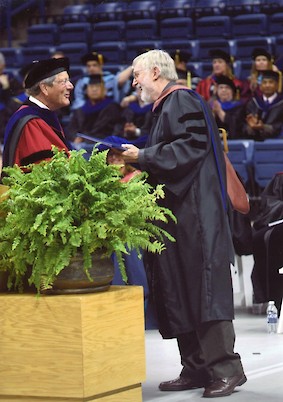