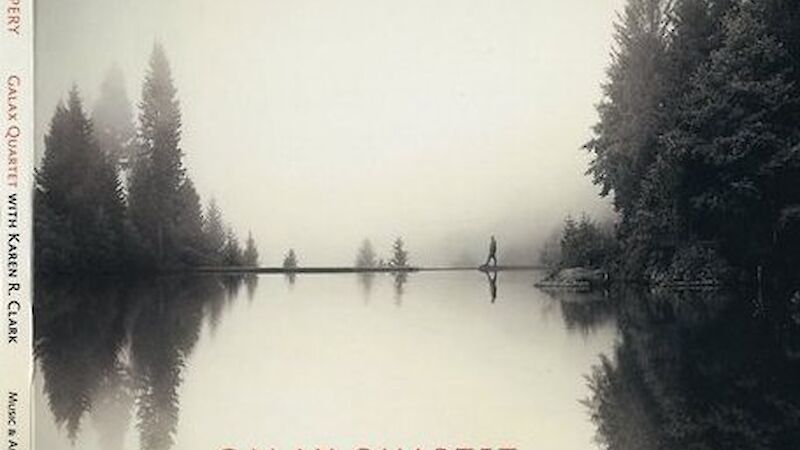 The piece Dream Drapery, “Thoreau Songs” by Joseph Schwantner, is scored for “Baroque String Quartet,” contralto, and two crystal goblets. How wonderful of him to write here for a contralto too, Karen R. Clark; it was her voice that co-inspired the work, along with the writings of Henry David Thoreau. Clark’s voice is a thing of beauty, but also what might be described as a plummy mystery; consistently fascinating (I can see why Schwantner was so enamored).

Schwantner’s response to the poetry is both respectful and individual. It’s hard to imagine a finer performance than this one, with the Galax Quartet members in perfect accord with one another in the phrase hand-overs in the second song, “I was born upon the bank river,” while the restrained, glacial textures that open the third song, “I mark the Summer’s swift decline,” are simply stunning. The sense of music that is naturally quiet but mostly in active movement of some sort seems to reflect Thoreau’s idea of a world in continual transition. And how blanched is Clark’s voice for the famous lines Dies irae, dies illa that initiate the mournful fifth song, “Hymn for Bruce,” and is to recur in the final movement. This is music of real depth and substance. As far as I can tell, this is a first recording; which makes it even more urgent that one hears this remarkable cycle.

In Joseph Schwanter’s "Dream Drapery: Thoreau Songs,” The Galax strings are transcendentally clear and precise. And words are wondrous, drawn from the bittersweet poems of Thoreau. I was ensorcelled by the titular song of a “low-anchored cloud…fountain-head and source of rivers, dew-cloth, dream drapery…” Canny contralto Karen Clark outdoes herself; her pace and diction is keyed to a higher logic of sound; each phoneme is considered and deployed with elegant effect. I listened twice, thrice, five times, taking it deeper each time. A platonic cloud of ear.