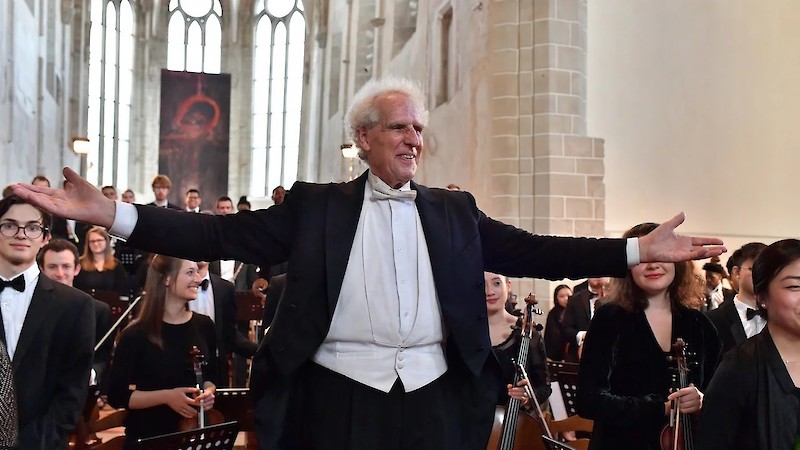 BRITTEN
The Young Person’s Guide to the Orchestra

SCHWANTNER
New Morning for the World

All three of the works on this program display an astounding mastery of the colors and the virtuosity of a modern large orchestra. But of special interest is the second piece, Joseph Schwantner’s New Morning for the World, a gorgeous kaleidoscope of sound, or rather an opulent sonic wave that rolls in from afar and gradually inundates you with its radiance. But there is struggle in those sounds, and defiance as well. And at the heart of it all are spoken words, the words of Dr. Martin Luther King, Jr., taken from his speeches and other writings. Those inspired words pointed towards an uplifting way forward through difficult times when they were first heard during the 1960s, and they have just as much relevance during our time – particularly at this very troubled moment in our history.

In the spirit of equality for all that was at the heart of King’s message we have preceded Schwantner’s work with Benjamin Britten’s A Young Person’s Guide to the Orchestra. A solo for each of the principal players in the orchestra is embedded in this ingenious piece, each one a variation on the theme by Henry Purcell that forms the basis of the work. Ever since Britten composed it in 1945 it has been a favorite work for explaining to children what the different instruments are, and it has been a favorite with audiences for its beauty and variety and its thrilling finale.

And the second half of the program is Holst’s The Planets, which hardly needs an introduction. Some years back it was voted the second most popular piece of classical music – narrowly nudged out of first place by the Beethoven Fifth. Holst used the astrological associations of the planets as a kind of program – or rather pretext – for the work, but the real substance is its range of sounds, the huge spectrum of orchestral timbres and combinations (how often does one get to hear a bass oboe?), from the grandiose to the eerie, culminating in a wordless, almost inaudible women’s chorus way in the distance, as if from the farthest reaches of the solar system.

New Morning for the World