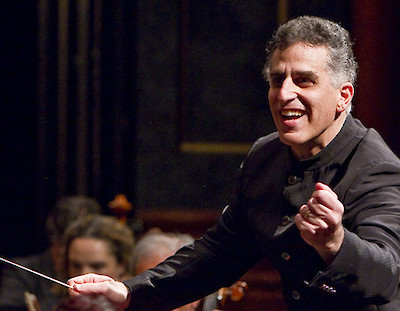 Notes on the Program by Dr. Richard E. Rodda

Joseph Schwantner composed Chasing Light... in 2008 as part of the Ford Made in America

a partnership program of the League of American Orchestras and Meet The Composer. He wrote of it, “One

early morning sunrises, reminding one of Thoreau’s words, ‘Morning is when I am awake and there is a

dawn in me’ (Walden). Chasing Light...draws its spirit, energy and inspiration from the celebration of

England hills. Like a delicate dance, those images intersected with a brief original poem that helped fire

Beneath the sickle moon,

Each movement’s subtitle is associated with a pair of lines from the poem.

form the melodic, harmonic and rhythmic materials developed in the work.

introduction to the first movement occur in a variety of divergent contexts throughout the work. Cast in an

piano sonority that forms the structure of a theme played by solo flute. Gradually, this theme builds to an

with solo clarinet and an ethereal violin harmonic that carries over to the third movement.

“A Kaleidoscope Blooms" (Lacrimoso [tearfully]), a slow, expressive and elegiac movement for

accumulate ever-greater urgency as the music approaches its maximum intensity at the end.

woodwind phrases in the first movement now emerge in delicate and shimmering string textures. These

music of the third movement, the introductory materials of the first, and a final climactic conclusion. 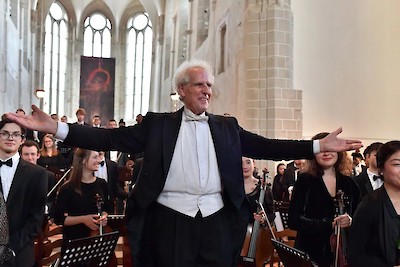 BRITTEN
The Young Person’s Guide to the Orchestra

SCHWANTNER
New Morning for the World

All three of the works on this program display an astounding mastery of the colors and the virtuosity of a modern large orchestra. But of special interest is the second piece, Joseph Schwantner’s New Morning for the World, a gorgeous kaleidoscope of sound, or rather an opulent sonic wave that rolls in from afar and gradually inundates you with its radiance. But there is struggle in those sounds, and defiance as well. And at the heart of it all are spoken words, the words of Dr. Martin Luther King, Jr., taken from his speeches and other writings. Those inspired words pointed towards an uplifting way forward through difficult times when they were first heard during the 1960s, and they have just as much relevance during our time – particularly at this very troubled moment in our history.

In the spirit of equality for all that was at the heart of King’s message we have preceded Schwantner’s work with Benjamin Britten’s A Young Person’s Guide to the Orchestra. A solo for each of the principal players in the orchestra is embedded in this ingenious piece, each one a variation on the theme by Henry Purcell that forms the basis of the work. Ever since Britten composed it in 1945 it has been a favorite work for explaining to children what the different instruments are, and it has been a favorite with audiences for its beauty and variety and its thrilling finale.

And the second half of the program is Holst’s The Planets, which hardly needs an introduction. Some years back it was voted the second most popular piece of classical music – narrowly nudged out of first place by the Beethoven Fifth. Holst used the astrological associations of the planets as a kind of program – or rather pretext – for the work, but the real substance is its range of sounds, the huge spectrum of orchestral timbres and combinations (how often does one get to hear a bass oboe?), from the grandiose to the eerie, culminating in a wordless, almost inaudible women’s chorus way in the distance, as if from the farthest reaches of the solar system 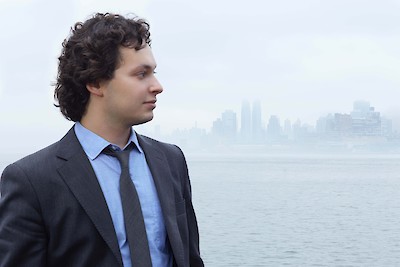 Meditations on Family features new works inspired by memories and tradition. A series of weekly musical meditations commissioned by violinist Yevgeny Kutik, culminating in the release of an EP on March 8.

The Background Violinist Yevgeny Kutik says:
"Almost everything I know about my family’s history and culture I learned by sitting at dining room tables for years on end listening to relatives share stories of what life was like in the USSR. Thanksgiving of 2017 was no different. After hours of collective story-telling, my grandmother Luba shared her memory of dropping my immediate family off at Minsk airport in 1989 to say goodbye and see us off to our new life in the west. During the mass Jewish emigration from the Soviet Union in the 1980s, leaving the USSR meant going into the unknown with few resources and belongings. I decided to put music to family memories and stories.

I asked composers I admire to choose their own family photo, a photo that conjures up memories of joy, sadness, unity, and longing, and to translate that photo into a short work for violin. The result is eight musical meditations, written by eight different voices, each inspired by their own family story and tradition. Here are Meditations on Family."

The Meditations
Starting Friday, January 18, and every Friday through March 8, Marquis and Yevgeny will digitally release a brand new "meditation" commissioned for the album. Each piece was inspired by a personal family photograph chosen by the composer. The recordings were produced by four-time Grammy-winning producer Jesse Lewis. We will release Meditations as an EP on March 8.

Here are the release dates for the recordings. You can hear each piece, see each photograph, and follow along on Yevgeny's new website.

Watch a video from Meditations. This is a beautiful and powerful performance of Joseph Schwantner's "Daydreams…".

Here is the first meditation: Listen

"Flight to Limbo" borrows its name from a John Updike poem but is ultimately inspired by a photo of my father as a very small child in Italy in 1947. He had suffered from a terrible case of pneumonia, and being rural farmers during a world war, there was little chance to save this very sick child. His local priest prepared him for death in the pictured ceremonial garments. Luckily, he miraculously survived, recovered, and is still with us today. When composing my violin piece for Yevgeny Kutik, I tried to imagine my father in this moribund state, near death, and barely able to breathe despite enormous effort. 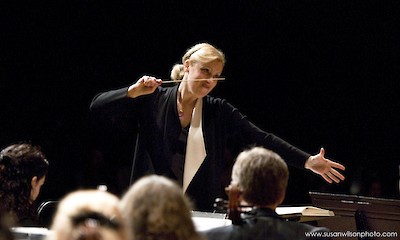 On the March Masterworks concert, the Cambridge Symphony Orchestra takes on Jean Sibelius’ intricate and inspiring Symphony No. 5, written to evoke the beauty and breathlessness of swans in flight.

Joseph Foley, principal trumpet of the Rhode Island Philharmonic, will be the soloist for the tone poem Angels Among Us by Grammy-winning film composer Nan Schwartz. 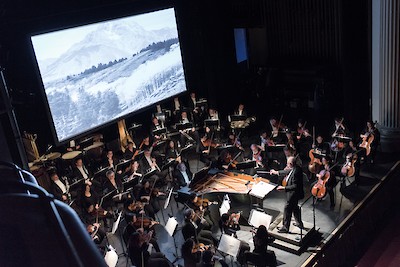 The NHSO marks the 80th Anniversary of Marian Anderson’s groundbreaking performance at Lincoln Memorial with a concert that celebrates the perseverance of the human spirit and the ability of music to speak to power. This resonant, poignant performance will use words, art, and music to commemorate and examine what it means to be an American. 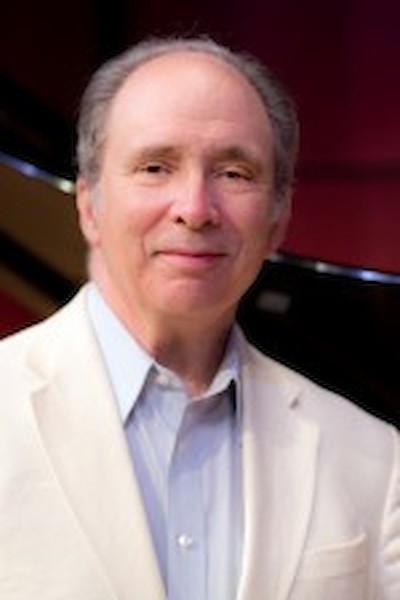 The Princeton University Orchestra opens its 2019-20 season with a bang as sophomore Elijah Shina, who won Concerto Competition in his very first year at the university, shows off the virtuosic potential of percussion. The program concludes with Johannes Brahms' final symphony, one of the most revered works in the symphonic repertory. 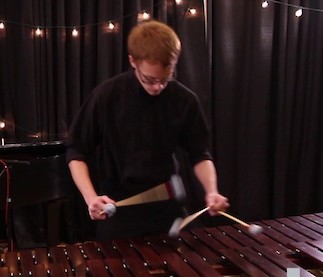